With www.garylobevich.com I’ve spent 4 days in Donbas (Donetsk & Lugansk 4-8 May 2014), before I’ve spent alone 2.5 weeks in Crimea from beginning of March (within referendum).

Donets Basin is well know of its coal mines and industrial zones. But after collapse of Soviet Union and communism they’re getting less and less effective and more expansive (coal is pretty deep, in contrast there are many regions in Russia where are open-pit mines which provide much cheaper way of getting this resource). Without central donations most of them are unable to compete on free market. Now most of Lugansk Oblast mines are closed (which of course implicate closure of factories as well) which caused common poverty. People on the East are blaming for it Ukrainian government.

I want to clean a little propaganda from both sides. Ukrainians try to say that in Donbas there are only russian soldiers and specnaz/GRU/FSB and actually ordinary civilians don’t support separatists. They’ve been telling the same during Crimea crisis but I saw even on my eyes when some children where bringing tea to russian soldiers who have been sieging Ukrainian bases. I don’t need more evidences for Crimea.

But Donbas is much different. On Crimea there is Russian majority, in Donbas not. There is majority of Russian-speaking citizens but Ukrainians still cover more than 60% of population in Lugansk and Donetsk Oblast. Even if they are strongly sovietized (which means process of losing national identity because of brutal pressure from central soviet government) they are still far from support Russia or Ukraine. This is kind of mentality which (in difference from Western Ukraine where for more than 100 years there is visible process of creation of Ukrainian nationality) concentrate in much higher level on economical reasons and stability. We can a little say it is similar to medieval mentality when people didn’t care who is the king – they cared about security, stability and low taxes.’ It shows one of the biggest difference between West & East in Ukraine. West because of national identity was and is much more able to begin revolution (Maidan was actually revolution of western oblasts with central Ukraine support against eastern, pro-russian government created by Party of Regions). East if only has economical chance to survive will stay calm and wish for peace and stability. When they lost these two, crucial things they are losing ground and fell lost in new reality. Anybody who will provide back security will be for them saviour.

And exactly there is place for strong, Putin’s Russia. They are able to do it and they’re doing it. Here we get to the russian propaganda point which try to tell us that Russia is completely out from Donbas events.

Of course Russians demonize new Kyiv government saying even if it is not nationalistic (which actually some Russian media tell as well) it is unable to provide security because of legendary Right Sector (far right nationalistic party/movement with big UPA/UON (Ukrainian nationalistic, partizan organizations during IIWW who mostly fought with Soviets and Poles) historical influence.). This is obvious tactics to scare eastern population. Create problem for „solution” which Russian troops try to be.

Where is the truth? Always somewhere in middle. Ukrainian new, temporary government obviously isn’t nationalistic. It’s mostly created from Batkivshchyna which is Liberal Democratic party.  Svoboda (right sided nationalists but still far from Right Sector) has only 36 places of 449 in Verkhovna Rada (Ukrainian Parliament)! Right Sector is out of political influence completely.

So maybe something connected with security and Right Sector terrorizing groups? In Belarus I’ve heard from driver story of his friend who was robbed in Ukraine couple weeks ago. Ukraine never was „really safe” country so it’s hard to say if it’s true and who is responsible for it. Furthermore we have to remember that belarusian media mostly repeat Russian propaganda.

But for sure I have story from other, this time polish driver who was first time in Ukraine driving to his girlfriend in Ivano-Frankivsk (western Ukraine). He told that Maidan troops on road checkpoint stopped him and pushed him to pay. It’s ended with chocolate anyway it’s point for Russian propaganda.

Maidan Self Defence is now  mostly useless and problematic for Oligarchy so it is losing probably most of it’s big funds. People as well are starting to be tired of the revolution, new elections will be in less then week so they don’t give as much money as during Kiev Revolution. Revolution hasn’t gave them new jobs so there can be these kind of situations. Is it revolution eating own children? For sure Moscow likes it and will enlarge with every unclear event.

Coming to the point. Russian version is partially truth. In Ukraine there is anarchy and militia doesn’t provide security. But this security is provided mostly by Maidan Self Defence but as above sometimes is turning against defenceless citizens. In Kiev city militants (policeman) are sometimes asking Maidan troops if they are allowed to intervene if they see reasons to do it (thanks to Paweł Bobołowicz for this amazingly interesting information). 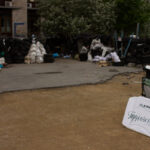 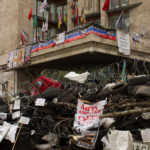 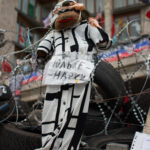 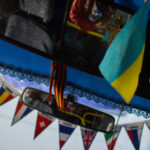 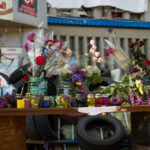 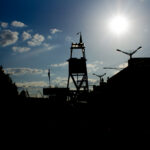 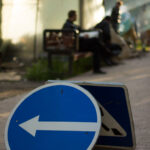 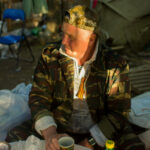 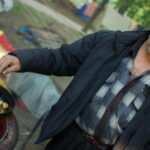 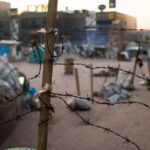 What about Odessa? This is the point of no return (thanks „Gary Lobevich”– great observation!). There is no matter what really happened there.

Even Ukrainian journalists in Donetsk told us that after Odessa events most of population starting to be strongly against Kiev west-backed government.  Before was big amount of scared, neutral citizens. Not all of them are pro-russian but probably it is only matter of time. In Donbas separatists are fighting now not only with regular Ukrainian Army Forces but also private founded militia (fe. Dnipropetrovsk governor Ihor Kolomoyskyi co-founder of Privat Bank who is creating own „army” with the approval of Kiev – this is what we officially know).

Why did I put into tags „Slovenia”? Point of no return. Same as in 1991 Slovenia separated from Yugoslavia, nothing can change that Donbas will separate from Ukraine. Question is how many people will die in this next post-soviet oligarchy war.